Flush called during a flush

As part of an integration test :

I added a listerner PostCollectioncreateEventListener to update the database when creating a list.
I then use a createNativeQuery to update a column that is not known to hibernate.

but if I don’t set the flushMode to Commit, it causes a unique key constraint because it tries to reinsert the same objects from the list.

What I understood is as we are in the execution of a flush and that the NativeQuery causes a flush by default, it then re-executes all the instructions of the current flush. 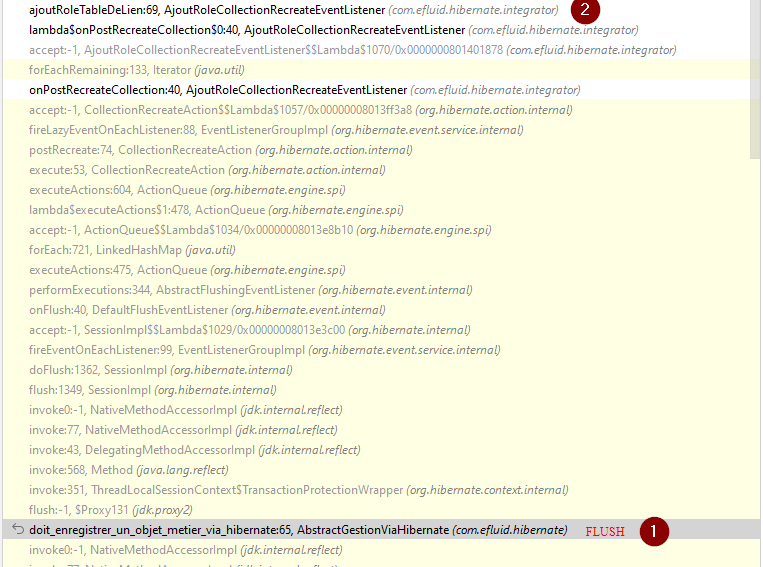 Overall, yes, the flushing behavior is intended. It’s unfortunate that it happens while another flush is going on, but since this is something that Hibernate doesn’t officially support, we are in a grey area and only fix issues here on a best effort basis. So if you want something to be fixed, you’d have to fix it yourself.

Thanks ! It was just to know if it was a case to be avoided.
So the answer is yes and that’s fine with me.